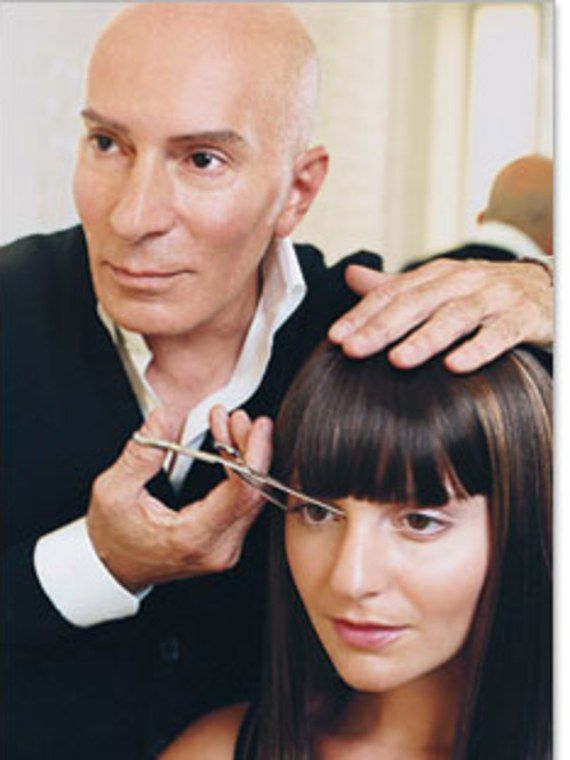 Before What Color Is Your Parachute?, guidance counselors were responsible for honing teenage ambitions. Hairstylist Garren remembers his adviser as...less than encouraging. "In the first career counseling session, he just blew up: 'You want to be a hairdresser? What's wrong with you? You're a guy!' Then he called my father," Garren recounts. "I was petrified when my dad walked in. But he went right up to the man's desk and said, 'So what? I guarantee he'll be the best damn hairdresser out there and make more money than anyone in this entire school.'"
You May Also Like
A Shaved Head Is Spring's Hottest Trend
Olivia Wilde Cut Her Hair and Everyone Is Freaking Out

In this case, father really did know best: Garren left LaSalle High School in Niagara Falls and ascended the beauty ranks fast enough to make any head spin. These days, he regularly styles stars including Gwyneth Paltrow, Nicole Kidman, and Uma Thurman. During the ten days a month he dedicates to private clients, he snips and smooths Manhattan magazine editors, models, and an assortment of women in the Social Register. And this fall, he's opening a new Garren New York salon in the Sherry-Netherland Hotel.

It all started in a little suburban enclave when Garren was just 13. "My mom was prematurely gray, and the hairdresser gave her these old-lady hairdos," says Garren (who, like any self-respecting hairstylist, uses only one name). "I decided to redo her hair and make her glamorous—she loved it." Within months, he was styling all the ladies in the neighborhood, giving them trendy geometric Vidal Sassoon haircuts he copied from magazines and charging them $3 a pop. Rushing around from house to house one weekend, Garren came to a realization: He was good.

After graduating from beauty school at 16, Garren met the owners of Chadwick's, the company responsible for the majority of department-store salons in the early '70s. He was a top stylist in one of their Buffalo shops for four years, "but I wanted New York City!" So Chadwick's set him up in its Bergdorf Goodman salon, and within months, Garren had met the influential fashion editor Polly Mellen. "That's when it all happened," he says. He quit the salon to focus on magazines and fashion shows, and he snagged his first Vogue cover (on Rene Russo) in 1977.
Advertisement

But that was just the beginning of his remarkable career. A few highlights: Garren was the first to cut and straighten Farrah Fawcett's waves ("People freaked out—it was all over the newspapers!"). In 1982, he began his next "steady job" at a Glemby Salon at the Plaza Hotel. "It was that opulent time, when dressing for evening was big—Yves Saint Laurent and Valentino were major—and a few hairdressers became names," Garren says. "An assistant at a shoot once called me 'Mr. AtThePlaza,'" he says. Nine years later, he opened his own salon, Garren New York, in Henri Bendel, and nobody's called him Mr. anything since. He styled Audrey Hepburn for Vanity Fair, and their relationship grew ("after that shoot, she left me a message: 'Garren, this is Audrey Hepburn. I don't know if you remember me....'"). And he gave Madonna come-hither hair for her Sex book. ("She's so normal—not one of those stars who travels with a posse.")

With his eye and experience, it's no surprise that Garren now has thousands of magazine covers to his credit. What remains remarkable is his range. Women with a wide variety of tastes—Gwen Stefani, Courtney Love, Oprah Winfrey—have been the recipient of his skill and good taste. "I try to get a read on women right away—who they are, what they're wearing, their jobs, their bone structure.... So I can construct a cut that's them, rather than one that's just fashionable and pretty," he says. So much so, in fact, that the wait for an appointment with him was long rumored to be two years ("in truth, there's always a chance someone will cancel," Garren says). Not too shabby for a misfit kid from Niagara Falls.

The staff of WHITE Salon in Houston spent a day with Garren on a photoshoot in Miami. 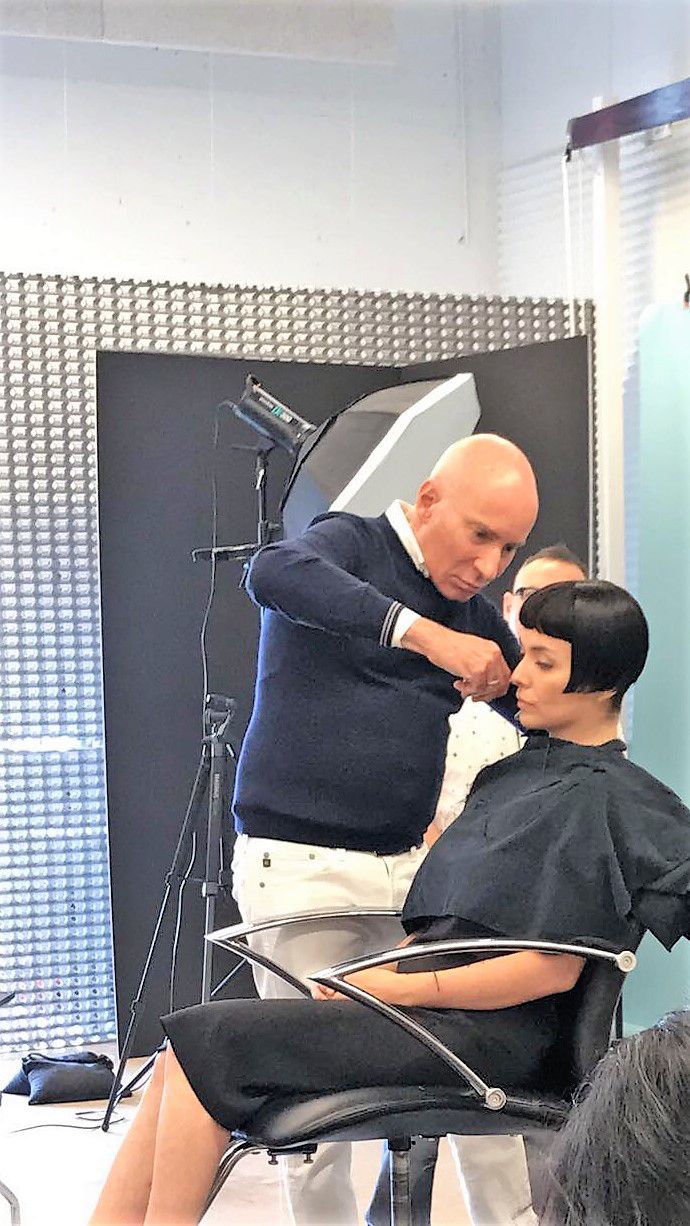