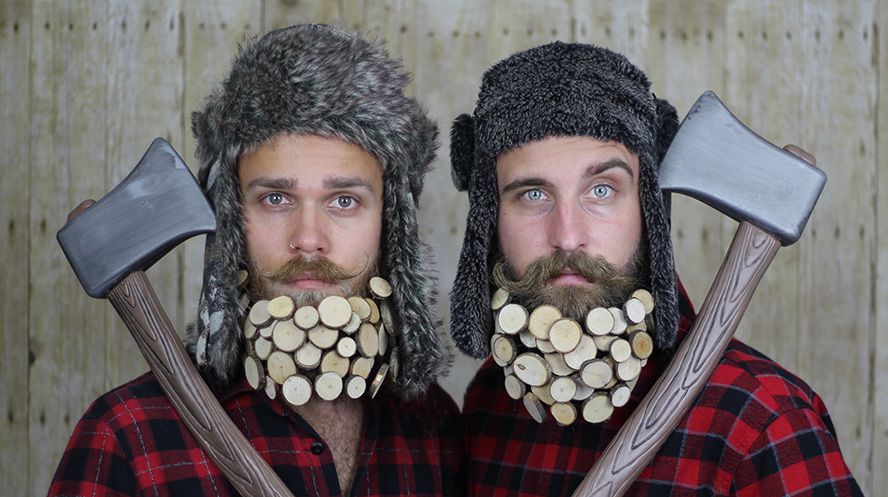 Anyone who is familiar with the counterculture movement of the 1960s has probably happened upon the unofficial anthem of the hippie regime, “San Francisco,” by The Mamas and the Papas. Within the first two lines of the peaceful song the listener is instructed to wear flowers in their hair if they are planning on wandering over to San Francisco. And while travelers to The Bay Area might have chosen to visit sans blossoms, two men who reside just north of the song’s namesake took that advice very seriously. Johnathan and Brian, friends since the age of eight, make up the incredibly creative duo that refer to themselves as The Gay Beards. Much like the name suggests, their activity of choice involves decorating their facial hair with various accouterments from rainbow-colored glitter and potato chips to candy corn and ornaments, season depending, and then posting the eye-catching creation on social media.

Their alternative-grooming operation began in 2014, when Johnathan and Brian plucked flowers from their personal garden, stuck them in their beards and had a friend snap some photos. The guys—who had not yet claimed their Gay Beards title—posted the shots on their social accounts and received positive feedback, even though validation was not what they were aiming for. Once they realized how much people were enjoying the images, they started to ponder what else they could fit in their beards. And as the saying goes, the rest was history. The two best friends believe the world needs more love and laughter, and beard decor is certainly one way to promote that ideal. It’s impossible not to smile, chuckle and share when you get a glance of the most festive facial hair out there. So while the world is turbulent and it feels like society is eons away from wearing flowers in its hair, Johnathan and Brian are here to save us. Find out how The Gay Beards grew from a one-time activity to a full-time craft that boosts more than 261K Instagram followers and provokes just as many smiles, and how V76 helps the guys groom and spruce before each scruffy shoot.

Do either of you have a favorite V76 product?
Johnathan is a huge fan of the Control Balm Strong Hold. His hair is often heading in all directions, and it's perfect for maintaining the shape you want for a longer period of time—something he is forever grateful for. Brian has fallen head over heels for the Molding Paste. If nothing else, the smell alone will have his heart forever.